It’s going to be a real slice. We’re less than six days away from SmackDown 1000 and that means a host of people are going to be coming back for the historic episode. This includes the most decorated champion in the history of WWE and one of the people who define SmackDown Live more than anyone else: Edge. He’s already been announced for the show, but what is he going to be doing?

According to WWE.com, Edge will be bringing back his talk show the Cutting Edge on Tuesday’s SmackDown 1000. The Cutting Edge debuted back in 2005 on Monday Night Raw and featured Edge interviewing various guests, with Edge promising to ask the hardest hitting questions. At the moment, there is no word on who Edge’s guest on the show is going to be. 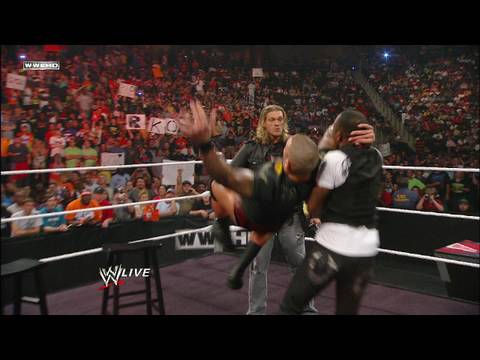 Opinion: I’m not big on talk shows but you flat out cannot have a show celebrating the history of SmackDown Live without Edge. He’s one of the biggest stars in the history of the show and WWE as a whole so having him there for one of his signature segments is a good idea. There’s a good chance that he’s going to be doing something interesting and hopefully it’s as entertaining as it used to be.