It had been previously reported that John Cena was adding a sixth move of doom to his arsenal and recently demonstrated it in Shanghai, China. But would audiences in the United States have the opportunity to see the evolution of the leader of the CeNation?

Last night on the Tonight Show with Jimmy Fallon, Cena was a guest and demonstrated the move for the host, after instructing him how to take it like a champion.

You can see a clip of the move below: 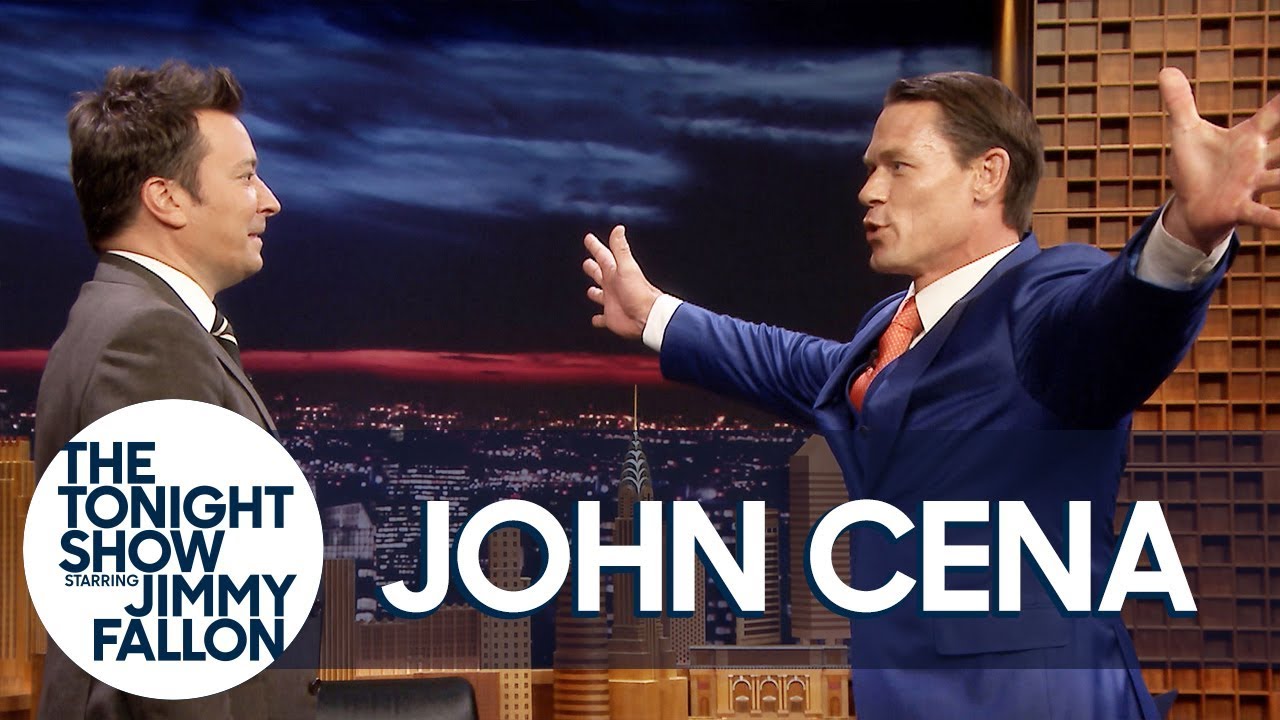 They also discussed Cena’s new hairstyle, along with a new movie that he is filming with Jackie Chan.

He was recently involved in a tag match with Bobby Lashley at Super-Show Down in Australia, where they defeated the team of Elias and Kevin Owens.

He’s one of the most entertaining people on the planet, but his appearances on the Tonight Show are incredible every time. Both of them bring out the best in each other!